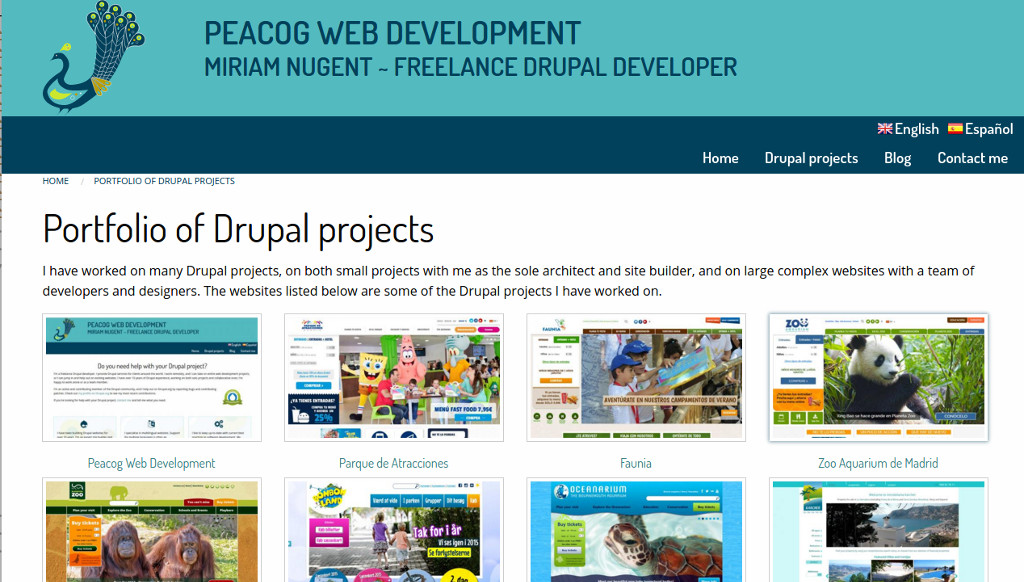 The description below was written for an old Foundation-based theme. The current theme was built with using atomic design principles.

This website is my first experience of building a complete website with Drupal 8. It's a bilingual site, and for the base theme I opted for ZURB Foundation.

Over the last couple of years my go-to D7 theme has been Omega 4, and when I learned that Omega 4 will not have a D8 release, I took it as an opportunity to finally get up to speed with a front-end framework, something I've been meaning to do for quite a while. I researched the two most popular frameworks, Bootstrap and Zurb Foundation, and after much to-ing and fro-ing I settled on Foundation 6.

I initially leaned toward Bootstrap, because the Drupal contrib module has over 100,000 users and is obviously very popular and well supported. However, Bootstrap 3 uses Less, and having become comfortable with Sass with Omega 4 I was reluctant to switch. It seemed like a step backward, especially since Bootstrap have dropped Less in favour of Sass for Bootstrap 4.

The Zurb Foundation contrib module has a smaller user base, but is a very active project and lots of great work is being done there. Foundation 6 uses Sass and unlike Omega which uses Ruby Sass, Foundation uses the much faster LibSass. I'm new to CSS frameworks, but so far I'm impressed with how easy it has been to incorporate Foundation's styles and grid system into Drupal 8 templates and views.